Honoring the Passing of Steve Scroggs

Fun loving, generous, with a heart as big as the state he loved, Steve Scroggs was a force in education for decades.  Anyone who knew Steve, knew his love for his wife, sons, grandsons and the whole Scroggs Family.  And he considered Chapel Hill-Carrboro City Schools as part of his Family.  The void Steve’s passing has left on his district and his community is immense.

What can be said about Steve that hasn’t already been said?  Even as this is being written, the posts and accolades are being added to social media.  They are all true, only slightly embellished and all 100% Steve Scroggs.

He was born and bred in Chapel Hill, never a more proud Chapel Hillian can probably be found.  He attended CHCCS schools and his antics as a student are legendary . . . propagated by Steve himself and his love of storytelling.  He also had stories about the rest of his family, which he shared unabashedly.

Steve left Chapel Hill and went on to Appalachian State where he earned a teaching degree.  He put that to immediate use by joining the Peace Corps where he became both an educator and a student.  When he returned stateside, he began his teaching career in Kinston, North Carolina.

He returned home to Chapel Hill and CHCCS in 1995 as the first principal of McDougle Elementary.  Then in 1999, he was named assistant superintendent of support services, when he began to serve all the students and staff in the district instead of those at just one school.  If there was one thing Steve never joked about, it was the well being of every child in the district.  He would do whatever he could to make sure a student’s needs were met and he wouldn’t apologize for how he made it happen.  Whether it was making sure a student had prescription glasses, shoes that fit, or food over breaks, Steve would move whatever obstacles he could and glare at anyone who might question his methods.

If Steve unquestionably loved the students, the respect he had for district staff was a very close second.  At the time, Human Resources reported to the assistant superintendent and Steve interacted with most new hires, finding ways to help them become a part of the CHCCS family, smoothing any bumps he could.  He also saw the gaps in support for classified staff and moved to fill them.  He made strides to get better pay for those who are hourly staff, watching out for the district’s bus drivers, child nutrition staff, teacher assistants, receptionists, data managers and office support staff, just to name a few.  He was a proponent of Red for Ed and supported teachers absolutely.  He understood what it meant to raise a family on an educator’s salary.  He was a champion for all CHCCS staff.

When Steve retired in 2008, many were concerned about who would fill his shoes.  They needn't have worried, Steve never left his shoes.  He continued to support students and staff at CHCCS.  He returned to fill in as a principal whenever CHCCS called.  He, along with his siblings, endowed the Mary Scroggs Award for Excellence in Providing Support Services, an annual award honoring the district’s classified staff.  He never stopped supporting teachers.  He knew firsthand what teachers do each day in classrooms across the state and nation.  No one would take the bet that a student would go without if Steve found out there was a need.  Retirement didn’t mean leaving CHCCS.  It just meant he found different ways in which to support his CHCCS Family.

In the following weeks, many Steve Scroggs Stories will be shared.  Some will be new revelations, things people kept to themselves because Steve was humble and never asked for acknowledgement of his many good deeds.  Some will be stories that have been told so often over the years, they’re now legend.  People will laugh and people will cry as they relive Steve’s many antics.  He will be called many things: generous, funny, kind, a gentleman, a maverick, mischievous.  He is all those things and so much more.  But remember, he never left his shoes - they’re still here, a map of how to live from Steve.  Do whatever you can for our students.  Support our staff in whatever they need.  Share a story and make someone laugh.  Do something unexpectedly kind for someone else.  Celebrate being alive every day.  Each of us can help fill the void he left.  Even after he’s gone, Steve’s still teaching us.

A celebration of life will be held January 21, 2023, at 1 p.m. in the auditorium at Chapel Hill High School. In lieu of flowers, contributions can be made to a Pulmonary Fibrosis-related endeavor, or to a charity of your choice. For more information, visit the obituary on legacy.com. 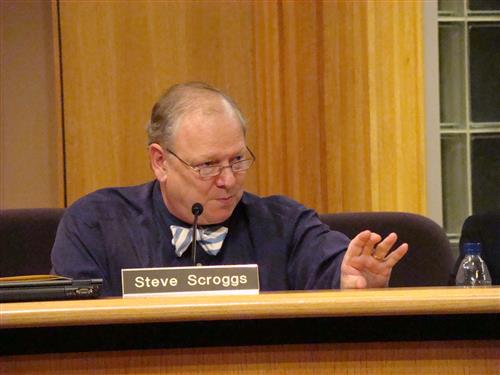 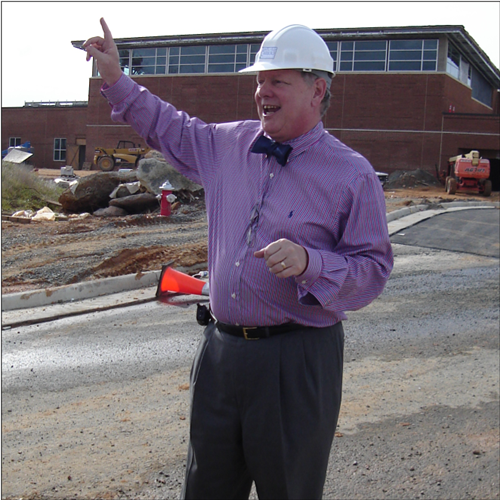